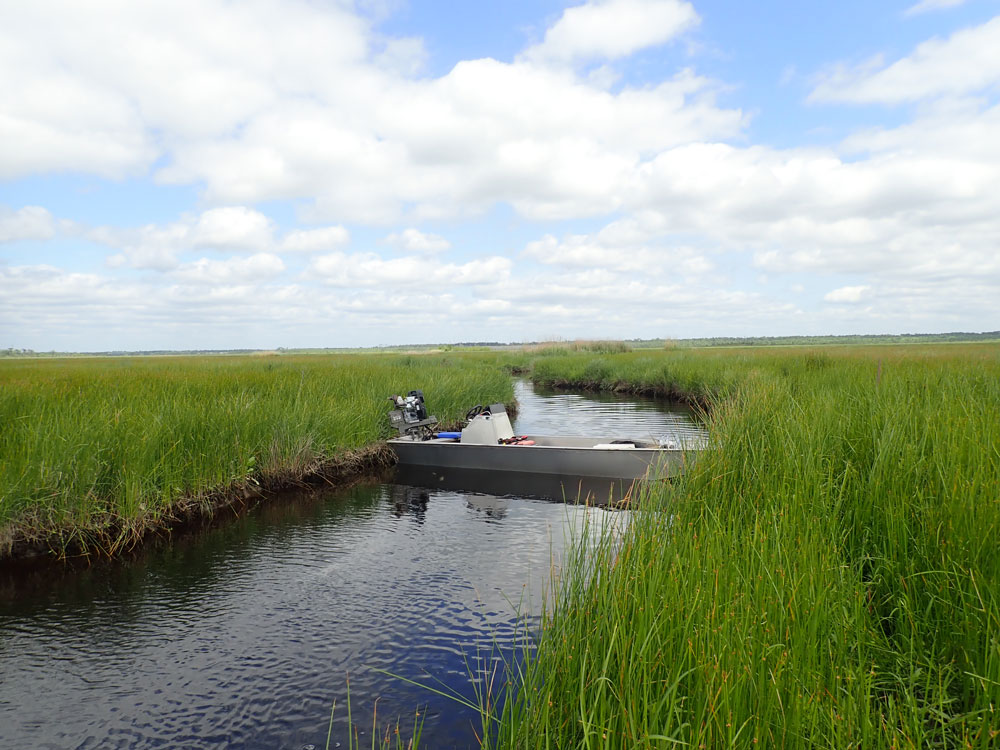 The Joyce Wildlife Management Area used to be a thriving cypress-tupelo forested wetland (see Shaffer et al. 2015). During the past century and a half, there have been a number of significant modifications to the landscape that substantially altered the hydrology of the region (see Lane et al. 2015). Now most trees are dead due saltwater intrusion and the lack of freshwater, and the area has converted to emergent wetlands dominated by smooth cordgrass (Spartina alterniflora). The living cypress that are left are confined to the northern reaches where the addition of municipal effluent has created a freshwater buffer that counters higher salinities coming from the south. Comite Resources planted several hundred cypress seedlings directly in the path of the municipal effluent over a decade ago, and now these trees are growing very fast at 2 cm/yr in diameter (see Hillman et al. 2018).

Comite Resources has been carrying out wetlands monitoring at the Hammond assimilation wetlands since discharge began in 2006. Monitoring includes measurements of tree growth (dbh & leaf) and productivity, water hydrology, soil accretion, and nutrients and metals concentrations of surface waters, soils and vegetation. These measurements are made at permanent plots located in the area directly impacted by the effluent (termed the Discharge site, taken at the boardwalks), where the surface water exits the wetland complex (termed the Out site), and a site in between these two sites (termed the Mid site). Since the Mid site is forested and the Discharge and Out sites are emergent wetlands, there are two Reference sites, an emergent and forested, not impacted by the effluent. Below are monitoring reports from this site describing work carried out and preliminary data.